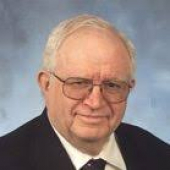 Prof. Frederick Burwick passed away on the morning of March 16, one day before his 86th birthday. He touched many lives with his depth of his knowledge on writers ranging from Coleridge, Byron, Wordsworth, and Blake, but he was never too busy to offer a helping hand to students, to write cheerful posts during the Pandemic, and to mentor colleagues who benefited from his warmth, spirit, and encouragement. He will be greatly missed.

Fred gave a keynote lecture at the superbly organized IABS conference in Gdansk, Poland, which appears in Byron: Reality, Fiction and Madness, edited by Miroslawa Modrzewska and Maria Fengler. A recent lecture on Byron's "Manfred" can be found here: https://romantic-circles.org/praxis/manfred/praxis.2019.manfred.burwick.html

Christopher Flynn, a student who knew him well, wrote: "He was one of my mentors at UCLA, and helped me throughout my career. He wrote letters for me for promotion and tenure, and I was fortunate to keep seeing him at conferences. Fred was addicted to conferences. I saw him most recently at the Romanticism Association conferences in Strasbourg in 2017, and in Aviemore, Scotland, in 2018. In Aviemore he very kindly helped me with a sadly recycled paper and showed me how to make more of it. He remembered it from when I was his student at UCLA, more than 15 years earlier. He was still helping me think and think better years after I was his student. He was the only professor at UCLA who I took more than one class with, and the work he helped me do in one of those led to my first published article. I remember a fun lunch with him in Strasbourg. We bought feeble sandwiches from a shop near the conference site and sat eating them on a bench, talking over ideas and plans. And we had wonderful conversations in Scotland. He never stopped caring about his students."

Prof. Fred Burwick, a member of the Advisory Board of the IABS, has always been the very embodiment of scholarly community. A Research Professor at the University of California Los Angeles, Prof. Burwick is author and editor of thirty-three books and one hundred fifty-three essays. He is editor of the Coleridge’s Biographia Literaria: Text and Meaning (1989) and The Oxford Handbook of Coleridge (2009). Recent monographs include Romanticism: Keywords (2015), British Pirates in Print and Performance (2015), and British Drama of the Industrial Revolution (2015). He has been named Distinguished Scholar by the British Academy (1992) and by the Keats-Shelley Association (1998). The International Conference on Romanticism has presented him with their Lifetime Achievement Award (2013).After completing his doctoral studies in English Literature at the University of Wisconsin (Madison) in 1965, Frederick Burwick returned to his native Los Angeles to take a teaching position at UCLA. Although he has since continued as a member of the UCLA faculty, he has enjoyed several visiting positions in Germany at the universities of Würzburg, Siegen, Göttingen, and Bamberg. At Göttingen he spent two years (1992-1994) as the Director of the UC Education Abroad Program. He has also lectured at the universities of Cologne, Heidelberg, Leipzig, and Munich in Germany as well as Oxford and Cambridge in England. He has been named Distinguished Scholar by both the British Academy (1992) and the Keats-Shelley Association (1998). His book on Poetic Madness and the Romantic Imagination (Penn State, 1996) won the Outstanding Book of the Year Award of the American Conference on Romanticism. He is also recipient of the Dickson Emeritus Award (2009) for outstanding achievement, and has been awarded the Andrew W. Mellon Foundation Emeritus Fellowship (2011-2012).