Agenda of the Council Meeting The International Association of Byron Societies, 2021

Agenda of the Council Meeting The International Association of Byron Societies 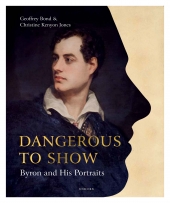 Their book, Dangerous to Show: Byron and his Portraits (London: Unicorn, 2020), is, in the words of Jerome McGann, ‘a book of the visions that transfigured Byron’, combining, as Miranda Seymour puts it, ‘meticulous scholarship and a wealth of information with a glorious treasure-trove of images’.

Frankenstein and Its Environments, Then and Now

A special issue of the Huntington Library Quarterly on Project MUSE now.

New publication: "Lord Byron and Mythology" by Naji B. Oueijan 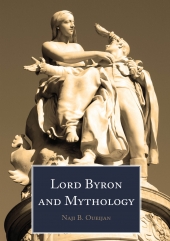 Ever since his childhood and adolescence and before he became a legendary poet, George Gordon Noel, sixth Baron Byron, felt the sense of escaping from the anxieties of his traumatic present to the glorious worlds of Eastern history and mythology. In Eastern mythology, which he read and loved, Byron approached his own utopia and dystopia without distancing himself from current world affairs. He heard the voice of mythology in various forms: in Nature and its animate and inanimate elements, in nightingales, eagles, roses, trees, bushes, mountains, plains, oceans, stones, and rocks, and in ancient relics, among others. Nature and the ruins of the past spoke to him more truth about God, Man, and Nature than religion and history books. His immediate impressions while being on-the-spot, his mobility, his standing on the borderlines of fact and fiction, and his extensive references to Eastern mythology in his works, created a Byronic myth and enhanced the mythical quality of his works, especially Don Juan, Childe Harold's Pilgrimage, Cantos I and II, and his Oriental Tales—The Giaour, The Bride of Abydos, The Corsair, and The Siege of Corinth. Lord Byron became an archetype of a legendary celebrity, and his works and some of his characters, especially his Byronic Heroes and Heroines, became universal mythical characters. Among several questions, the book answers two major ones: First, how does Byron use Eastern mythology, including Greek, Persian, and Arabian in the above-mentioned works to render his own poetry mythological? And second, how do his personal affairs and mythological works contribute to the generation of the still living Byronic myth?

The French Byron Society is sad to announce that Christiane Vigouroux passed away on 1st Oct 2020.

She chaired our society between 2000 and 2008, eight years during which she organised two or three meetings a year, invited guest speakers – among whom the late Peter Cochran – and hosted the 2006 International Byron Conference at the Sorbonne University.

All along her terms as chair and several years after, she faithfully attended the Byron Conferences, be it in Europe, in Japan or in North America. She gave our society’s bulletin a new format, which is currently still in use, and opened it to the contributions of many scholars across the world.

We will all remember her dedication to create friendly links with other Byron societies.